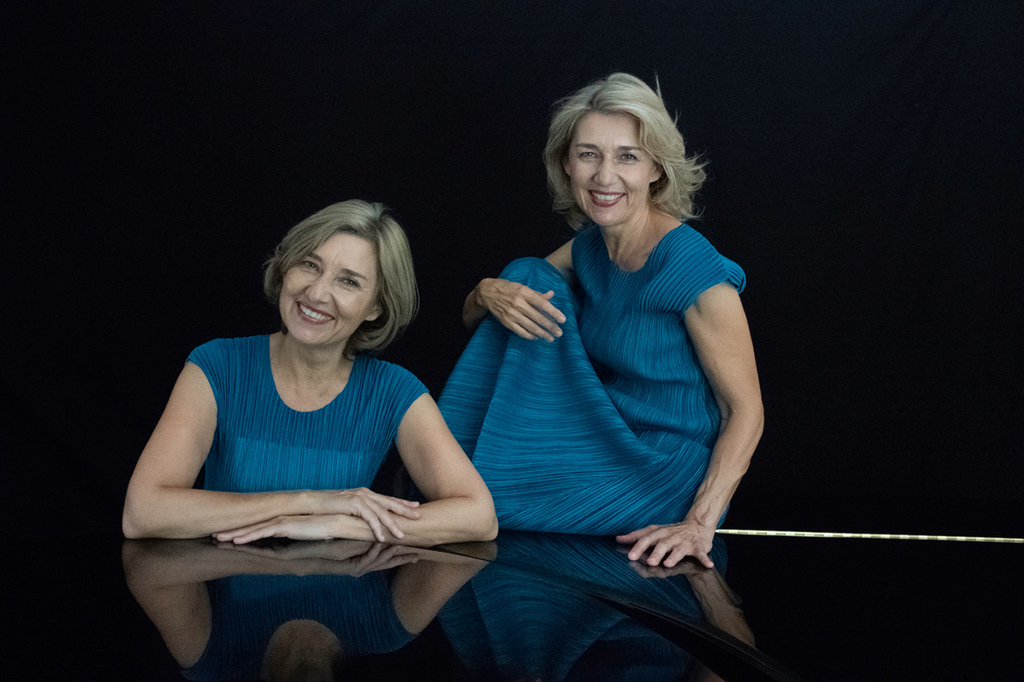 Since 1983, Duo Lafitte is maintining a Catalogue of music for two pianists and more... now gathering almost 10,000 works, among which some lists can be consulted on their official web site: www.duolafitte.com/copie-de-catalogue »

The Lafitte Duo, formed by the twin sisters Isabelle and Florence Lafitte, has devoted itself to the duo repertoire of two pianos and of four, six and eight hands since 1974. Isabelle and Florence Lafitte have performed in some of the greatest international halls - such as the Amsterdam Concertgebouw, the Cologne and Hamburg Philharmonics, the Lucerne KKL, the Hong Kong Cultural Center - and they have recorded a sharp discography, based on their own transcriptions of symphonic and concertante works.

Their career has been sustained by a large-scale musicological research project, initiated by their dissertation during their studies at the CNSMD in Lyon, the Liszt Academy in Budapest and the Manhattan School of Music in New York. Since 1983, the Lafitte Duo has been compiling and expanding a Catalogue of works for two pianists and more, which currently contains nearly 7,000 works. The Catalogue, the result of meticulous investigations carried out in national libraries, societies of authors and publishing funds, was made freely available in digital form in 1999, by the developer and music lover Bertrand Abauzit.

The ackowledged contribution of the Lafitte Duo to the musical world has led to the involvement of private collectors and contemporary composers. The Catalogue has become a unique and precious reference for musicological research, used as a basis for numerous theses such as that of Nina Veronika Schumann, and by musicians and producers who wish to widen their programming.
The Catalogue is classified by composers, countries, ensembles and multiple themes. The nationality of the composer, the publisher, the duration of work, some of the discography references, the nomenclature of duos with ensemble music as well as the dates of writing, creation and publication are all specified. The Catalogue "Music for two pianists and more..." is available in excerpt on the Duo Lafitte website, and in-depth on request.

« back
Accept All
Reject All
Save